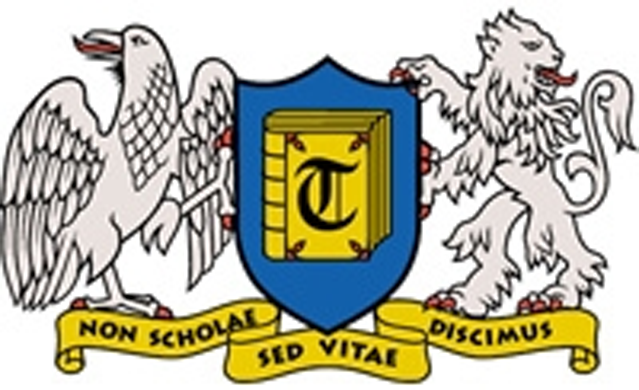 Heraldic description of the coat of arms of Turība University

Meaning of the symbols represented in the coat of arms

Book – the symbol of science and education. It is used in this particular meaning throughout the world. Prior to the invention of book printing, it was presented as a scroll of papyrus. Nevertheless, since Gutenberg’s invention, the book is traditionally represented as a thick leather-bound volume. A closed book symbolizes a secret or a topic difficult to cognize.

Raven – respected and honored in European culture. Its wisdom, longevity and survival skills even in the harshest climate as well as its ability to imitate the voices of other birds and animals made it of equal worth with an eagle. The rare appearance of ravens around human settlements was once regarded as an unexplained phenomenon. In the mythology of many nations raven represents the creator of the world and has become a character of legends and stories.

Lion – the symbol of pride, manliness, strength and courage used widely in the classical heraldry of Europe. Of all animals, in heraldry, lion is the one that is most frequently used.

Motto – NON SCHOLAE SED VITAE DISCIMUS. Translated from Latin – WE DO NOT STUDY FOR SCHOOL, BUT FOR LIFE.

If you have any questions, be sure to write to us

Thank you, your application has been sent successfully!