Uzbek Adilbek Khudayberganov: Coming to study in Latvia, it seemed like a foreign and at the same time a familiar country 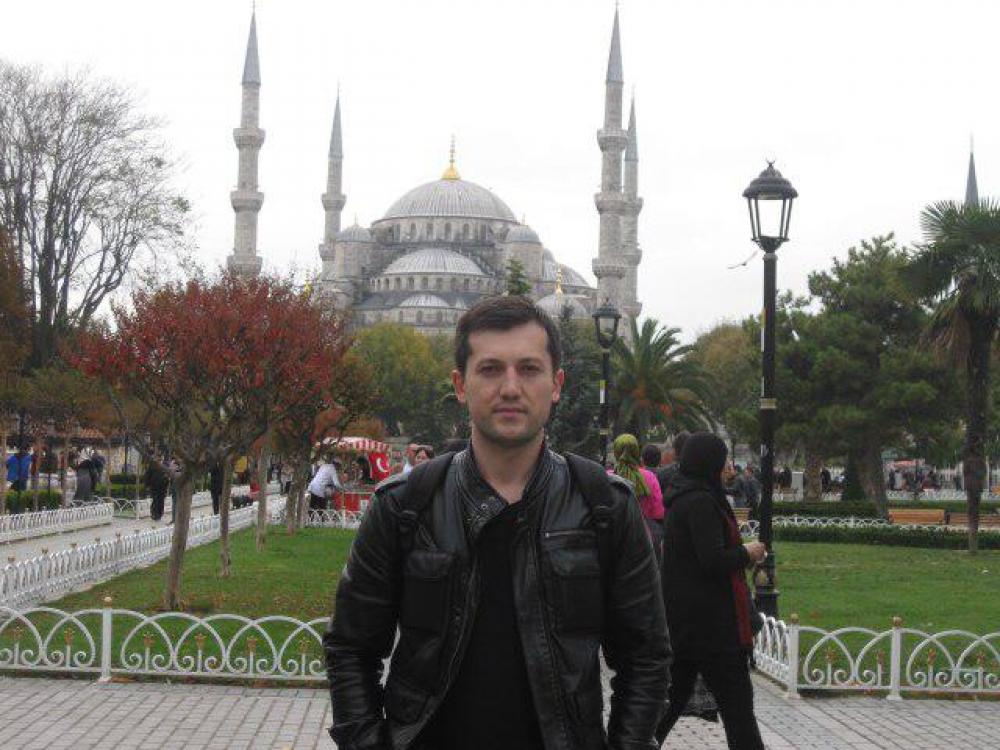 According to parents' stories about relaxing in Jurmala and Riga, there was a feeling that I was going to place with an exotic beach and sea, says Adilbek Khudayberganov- one of the first Uzbek students coming to Riga to study tourism. He looks back at his time in Latvia with positive memories, pointing out that many nations would benefit from Latvian discipline and respect for their language and country.

One of the first

I would not say that my journey to studying in Riga was very conscious. I already had a degree in economics and I worked for an agency that provided information on study opportunities abroad and organized a higher education fair with representatives from Latvia. In 2010, Latvia was a new and unknown destination for Uzbek students, so I had a lot of questions. With more knowledge about international study opportunities, exchange programs, Business incubator and more, interest in studying in Riga was growing. In addition, many of the opportunities that were already self-evident in Latvia were completely new to students in Uzbekistan. In fact, along with some of my classmates, we were one of the first Uzbek students coming to study tourism management at Turība University.

Dream of a company in the tourism industry

Also interest in tourism, as a field of study, grew gradually. Initially, I had worked for a number of companies, including telecommunications, customer service departments - which helped me realize that I really enjoy communicating with people, especially foreigners. Another thought was that I might open a hotel or travel agency in the future, and then it was clear that economist education alone would not be enough. The dream of my own business in the tourism industry has still not disappeared.

Before starting my studies in Latvia, I had heard a lot about this country from my parents and grandparents, especially about Riga and Jurmala. Their interesting stories about their vacation in Latvia, the sea and the beach had led to the idea that Jurmala to our parents' generation was similar to Thailand or Bali as it is for today's youth in. Jurmala was an exotic place for my parents and I went to study very close to this place. It seemed unusual. For me, Latvia was also associated with a childhood taste - sprats, which could also be bought in stores in Uzbekistan. Coming to Latvia, there was a feeling that we were traveling to a strange but at the same time familiar place.

Talking about the initial idea about Latvians, it had to a large extent also been formed by what the parents told. I remember that my father repeatedly emphasized that Latvians are a proud nation that highly respects its language and culture. I also found out about how much Latvians love their country while living in Latvia. Moreover, I found out that Latvians are very neat, well organized, respect and obey the law, and the promise given to others. If you have agreed on something with a Latvian, you can be sure that it will be done, especially at work and professionally. The same cannot be said about many southern nations. Latvians are very disciplined - such an impression came from the first day. Comparing Latvians and Uzbeks, I can say that we, Uzbeks, are more inclined towards communication and a sense of togetherness, for example, in solving various problems. Latvians are more reserved - if something has happened, the Latvian probably will not tell it, but will try to solve it himself.

To Riga as home

The study time is remembered not only with life in Latvia, but also with practice in Spain and exchange studies in Germany. In a short time, I learned quite a wide geography. Since then, I remember very vividly a feeling that not only I but my friends had - when we came to Riga from practice in Spain, we felt that we had returned home. I think it describes well how we felt here. Life in Riga was much more emotionally close and understandable to us than Spain or Germany, but it was also a valuable experience.

I really liked the climate in Latvia - especially from the end of spring to the middle of autumn. In Uzbekistan it is too hot at this time. Of course, it was hard to get used to winter, but I have heard that this year there is no more winter in Latvia. I really enjoyed the fact that the sun sets very late in the summer in Latvia and rises very early. The days are very long and you can manage to do a lot. Although it is warmer in Uzbekistan, it also gets dark around eight in summer. Returning home, I miss the light summer evenings.

Great interest in studies in Latvia

After graduation, several of my classmates stayed in Riga to start their own business. My plans also involved starting my own business, but I wanted to do it in my homeland, so I came back with new knowledge and experience. Currently I run a company that helps to find study opportunities in the European Union. To study abroad, Uzbek students have to meet relatively high requirements, the criteria are very serious, which was one of the reasons why I decided to pursue this field. I would like to use my experience and example to show other young people that studying abroad is not impossible and that it is a very valuable opportunity. Currently, Uzbek youth are very interested in studying in Europe and Latvia. We have a relatively large population and local universities often lack the capacity to maintain quality and quantity. There is no significant difference between the tuition fees in Latvia and Uzbekistan.